Why You Should Fear Your “Mundane” Office Equipment

The security of common enterprise infrastructure devices such as desktops and laptops has advanced over the years through incremental improvements in operating system and endpoint security. However, security controls for network devices such as enterprise printers are often ignored and thus present a greater potential for exploitation and compromise by threat actors seeking to gain a persistent foothold on target organisations.

In order to assess the current state of mainstream enterprise printer product security and to challenge common assumptions made about the security of these devices, which sit on key parts of enterprise networks and process sensitive data, we set out on a vulnerability and exploitation research project of six known vendors. We were able to find remote vulnerabilities in all printers tested through various attack vectors, revealing a large number of 0-day vulnerabilities in the process.

In this talk we walk through the entire research engagement, from initial phases such as threat modelling to understand printer attack surfaces to the development of attack methodologies and fuzzing tools used to target printer-specific protocols and functions. Besides of remarking important vulnerabilities found and their respective CVE’s, proof of concept exploits showing how it is possible to gain full control of printers and all of the data they manage will be presented. This will show how to use enterprise printers as a method of persistence on a network, perhaps to exfiltrate sensitive data or support C2 persistence on Red Team engagements.

We also address a number of challenges that researchers can face when performing vulnerability research on devices such as printers and how we used different techniques to overcome these challenges, working with limited to no debugging and triage capabilities. We also present mitigations that printer manufacturers can implement in order to reduce printer attack surfaces and render exploitation more difficult. 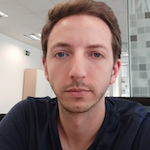 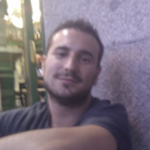