Early bird registration rate ends on the 31st of May

“Sebastien delivered! One of the best workshop instructors I’ve ever had.”

“Very nice training course, one of the best I ever attended.”

“I feel that this course is one of the most important courses to be taken by a security professional.”

This training is aimed at the following audience:

Diagrams – what are you attacking?

Identifying threats – how can we attack?

Penetration testing based on threat models 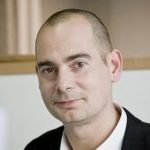