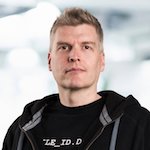 Tomi is known as the “InfoSec Swiss Army Knife” because when it comes to defending computers, he’s done a little bit of everything. In his more than two decades in the industry, he has taken part in breakthrough research on Windows networking, physical accesss control systems and electronic voting.

As F-Secure’s Head of Technical Security Consulting, he specializes in protecting enterprises – often by breaking into them before anyone else can. The founder of the t2 infosec conference, Tomi has thrice been named one of the Top 100 IT Influencers in Finland.