Built upon the latent information underlying commit messages and bug reports in open source projects using GitHub, JIRA, and Bugzilla, our K-fold stacking classifier achieves promising results on vulnerability identification. Compared to the state of the art SVM-based classifier in prior work on vulnerability identification in commit messages, we improve precision by 54.55% while maintaining the same recall rate.

For bug reports, we achieve a much higher precision of 0.70 and recall rate of 0.71 compared to existing work. Moreover, observations from running the trained model at SourceClear in production for over 3 months has shown 0.83 precision, 0.74 recall rate, and detected 349 hidden vulnerabilities, proving the effectiveness and generality of the proposed approach. 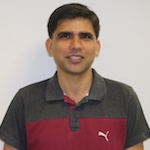