In recent years, numerous mobile games have been monetized whereby consumers can choose to purchase in-game currency or items through microtransactions. Motivations for purchases can be boiled down to two main categories – Wanting to gain a competitive edge over other players and Wanting the option to customize via skins/cosmetic changes. Game developers will try to generate new content periodically so as to ensure there is revenue coming in from both categories.

In social gaming apps, there will be a well-known group of players known as the “Whales”. They are the ones who top the ranking charts through countless-and-continuous purchases of USD99.99 packs for the best gears, characters and rapid game progression. In this case, does this mean there is little hope for free-to-play (F2P) players i.e. “Ikan Bilis” to fight against them with their lackluster character stats?

In this presentation, game mechanics and security mechanisms will be touched upon for the audience to gain a gist of recent mobile gaming scene. Subsequently, hacks and exploits which disrupt in-game balances will be shown and discussed through actual examples. 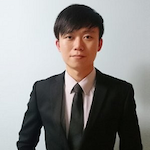