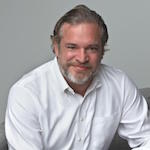 Chris Rouland founded Bastille Networks in 2014 after more than 25 years in the information security industry. Most recently, Chris founded Endgame Systems, which provides cyber security solutions to the defense, civilian and national security communities. As founder and CEO of Endgame, in just three years, he grew the company from his basement to nearly 100 employees with offices in Washington, Atlanta and San Antonio and from revenues of $0 to more than $10 million. Chris also put together a world-class team of investors and board of directors investing over $58 million in venture capital – making Endgame a name brand in cyber security. His innovation and leadership combined with Endgame’s rapid growth, earned Chris the Metro Atlanta Chamber’s Business Person of the Year in 2011. Prior to founding Endgame, Chris served as chief technology officer at Internet Security Systems Inc. (ISS) where he was responsible for the overall technical direction of its product and services portfolio. In 2006, IBM Corp. purchased ISS, where Chris remained CTO and was appointed an IBM Distinguished Engineer. From 1994 to 1998, Chris served as vice president of distributed technology at Lehman Brothers. A noted information security expert, Chris is a sought after speaker and has been featured in national publications, including Forbes and Wall Street Journal.