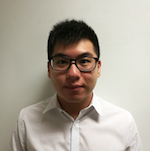 Jorden Seet’s interest in the Cybersecurity world started in 2013 when he competed in his first CTF after a 2-day penetration testing bootcamp. Ever since, he has grown a passion in cybersecurity and explored many facets of it, from Cryptography to Social Engineering.

Currently, he is working on a National Research Foundation – Tel Aviv University (NRF-TAU) granted project on using Network Topology Analytics for Cyber Attack Deterrence in SMU. He was previously with the Cyber Security Agency of Singapore’s Penetration Testing department as an intern and is currently working with BlockConnectors on Smart Contract Audit and Blockchain development.

In his spare time, he works on Smart Contract Hacking as well as explore potential blockchain attack vectors. He firmly believes that decentralization is a paradigm that could have real potential in revolutionizing the security industry, such as in DDoS prevention, Data integrity and IoT security.