COMMSEC: Software Security Era: Past, Present, and Back To The Future

Memory corruption has been categorized as one of the dangerous software errors. Security Researchers and vendors has been fighting over the years by introducing new techniques of exploitation as well the exploit mitigations. Different Operating Systems have their own memory corruption mitigation to prevent or reduce the surface of the exploitation. Prior to that, we can see numbers of exploits being used in the wild has been reduced due to the mitigation especially in Windows security mitigations.

It has been numbers of year vendors have work on multiple software security research, but mitigating memory corruption still consider as primary threats despite type of products including Operating Systems. This has been proven in a different studies from academic research to large corporations, the evidence shows that the issue similar to cat and mouse game. In our presentation, we will be discussing high-level overview of memory corruption. We will also show how the memory corruption exploitation has been evolving since stack buffer overflow to multi-stage mitigations bypasses. 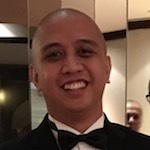 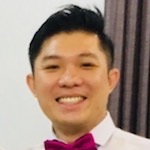