Early bird registration rate ends on the 30th of April

Continuous Build & Deployment tools, Message brokers, Configuration Management systems, Resource Management systems and Distributed file systems are some of the most common systems deployed in modern cloud infrastructures thanks to the increase in the distributed nature of software. Modern day pentesting is no more limited to remote command execution from an exposed web application. In present day scenario, all these applications open up multiple doors into a company’s infrastructure. One must be able to effectively find and compromise these systems for a better foothold on the infrastructure which is evident through the recent attacks on the application stack through platforms like Shodan paving way for a full compromise on corporate infrastructures.

Along with the training knowledge, the workshop also aims to impart the technical know-how methodology of testing these systems. This workshop is meant for anyone who would like to know, attack or secure the modern day stack. The students are bound to have some real fun and entirely new experience through this unique workshop, as we go through multiple challenging scenarios one might not have come across.

During the entire duration of the workshop, the students are expected to learn the following

Knowledge of basic pentesting, web application working and linux command line basics,some ssh commands,the ability to use a web proxy like Burp Suite, ZAP, and the ability to write basic scripts in any interpreted language is an added advantage. 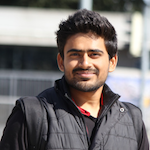