Spy vs. Spy: A Modern Study of Microphone Bugs

In 2015, artist Ai Weiwei was bugged in his home, presumably by government actors. We were concerned about the lack of research about placing and detecting bugs and how little it is discussed in the community. While in some countries the possibility of having a mic bug at home is non existent, sadly in other countries is far to common. As the technology gets cheaper and more accessible, the possibility of being bugged gets more real. However, our general knowledge about mic bugs comes mostly from movies and other fictional sources, which may be far from reality. How much of this is true? How much it is fiction?

Concerned about the knowledge gap in this area, we decided to perform an in-depth survey on the state-of-the-art microphone bugs, their characteristics, features and pitfalls. We did real life experiments in a Spy-vs-Spy scenarios: one person in charge of placing hidden mic bugs and the other attempting to detect them. Given the lack of open source detection tools, we also developed a free software SDR-based program to detect hidden microphones. In this talk we present the results of our research and we release our tool, hoping to help debunk the common and usually fictional beliefs about microphones bugs. Our results show how far the mics can reach, how difficult it is to place them, how much time it takes to find them, how much space do they occupy, how hard is to change them and how hard is also to remove them. 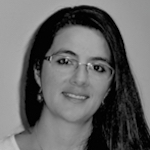 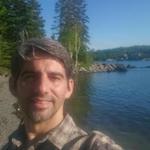