With this in mind, we decided to examine code that is not accessible by default to the common containerized app, but to any other process – regardless of its security context. We were surprised to see that what is not accessible from the initial code execution context needs much more attention. During our research, we found multiple privilege escalation vulnerabilities affecting all iOS devices in the market.

In this presentation, we will review the privilege escalation vulnerabilities, as well as demonstrate and present a detailed exploitation that is crafted from chaining all these vulnerabilities together, eventually leading to the execution of arbitrary kernel code and to bypassing all of the security mitigations currently available on iOS devices. 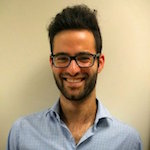