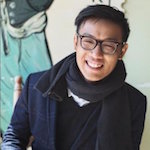 Lyon Yang is a senior security consultant at Vantage Point Security with a research focus on embedded systems hacking and exploitation. He is from sunny Singapore, the world’s first smart city. His regular discoveries of zero days in a variety of router models has earned him a reputation as the go-to guy for router hacking in Singapore, where he has been hired to do firmware source code reviews on popular router models. He is currently working on a comprehensive testing framework for ARM and MIPS based routers as well as shell code generation and post-exploitation techniques.

I have been previously featured on Channel News Asia and Singapore’s local radio station 938 Live! for my work in hacking SOHO routers used in Singapore (The world’s first smart city)