Over 30 years ago, when the movie WarGames was released, the only thing the US Government seemed to want to do with hackers was lock them up and throw away the key. But our power to transform the world, both positively and negatively, could not be contained. Today, the Department of Defense has successfully completed the first ever bug bounty program in the US government, paying hackers money to Hack the Pentagon.

We as hackers specialize in understanding how things work, and transforming the theoretical into the practical to exploit systems and make them do things they might not have been designed to do.

This talk is about how I hacked the Pentagon, from the Bounty Bene Gesserit Reverend Mother and a hacker like you, who once rode the dunes of penetration testing for a living, and now hacks policies. I’ll offer you the Water of Life to pass along my genetic memories to those of you who can bear it. Hackers can learn how to transform dynastic organizations like Microsoft and the DoD from the harsh desert into places where The Spice of bugs flows for cash rewards.

From treating hackers like criminals to inviting them to hack the biggest software companies in the world and even the US government, this session will show how philosophic and practical challenges were overcome, and what to expect in the future of bug bounties in governments and private industries. 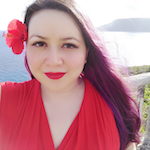