Security features and improvements introduced in Windows and other Microsoft products over period of time have made it more difficult and costly to exploit software vulnerabilities. The various mitigation technologies that have been created as a result have played a key role in helping to keep people safe online and defend against state of the art in software exploitation. In this presentation, I will walk through new data driven approach used by Microsoft to tackle software security and some of the new mitigation improvements that have been made to Windows 10 and the Windows 10 anniversary edition. This approach involves proactive monitoring and analysis of exploits found in-the-wild to better understand the types of vulnerabilities that are being exploited and exploitation techniques being used. This analysis has driven a series of mitigation improvements that has addressed widely used exploitation techniques and certain class of vulnerabilities. 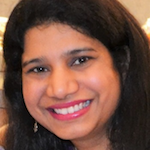